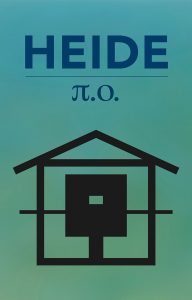 Melbourne writer π.ο. is a noted concrete poet and self-proclaimed anarchist, who has published several long poems in recent years. The latest of them, Heide (Giramondo, 2019), composes a set of dazzling and sometimes wild variations on its main theme, the cultural life centred on John and Sunday Reed’s famous property, now a museum, in the Melbourne suburb of Bulleen. *

Most of the most significant art made at and around Heide dates from the 1940s to 1960s, and π.ο.’s book obviously devotes considerable attention to this material, and the myths and gossip that have grown up around the Reeds and their circle (topics outside the scope of the present study).

But a considerable proportion of Heide deals with earlier events, implying contrasts and connections between the rise of Australian modernist art and the cultural history of the preceding period. In fact, almost a third of the book’s 550 pages deal with the people and events of the period addressed in the present project, including Redmond Barry, Folingsby, Bernard Hall, Felton, and many of the artists of the era: Buvelot, von Guérard, William Barak, and many others. The formation and early development of the NGV and its art school are a recurrent emphasis, often contrasted adversely against the avant-garde developments of the time (the art of Tom Roberts & co.).

Obviously, π.ο. depends for much of the material in this section of the book on previous accounts, but there’s a refreshingly irreverent tone to much of what he has to say. For instance, Alfred Taddy Thomson (often criticized for his recommendations to the NGV during the 1870s and 80s), comes in for some savage comments for his taste for mediocre painters and copies: “And as if 111% crap was not enough, Taddy went off and purchased Moses Bringing Down the Tablets by J.R.Herbert for $1,700” (Heide, p.79). While such remarks sometimes perpetuate existing opinions rather than subjecting them to critical analysis (similar points apply to the treatment of von Guérard as art teacher, and Bernard Hall as NGV Director), historical accuracy and balance are not π.ο.’s aim, as he makes clear at the outset, quoting Oscar Wilde’s epigram “The only duty we owe to history is to rewrite it.”

And there’s a very sharp edge to many of the remarks and asides. Redmond Barry, for example, is given more than one serve for his grandiosity and conservatism. Nor do Joseph Reed, Nicholas Chevalier, and the then Duke of Edinburgh (during his 1867 visit) escape acerbic comment, along with various other people and events.

In summary, then, the first 180 pages of Heide, up to and including Alfred Felton, constitute a highly readable parallel account of the history covered in the present catalogue.

* Heide, given to the author of this website by friends Annie English and Alan Wearne in February 2020, proved a fascinating and surprising late addition to the bibliography for the present project