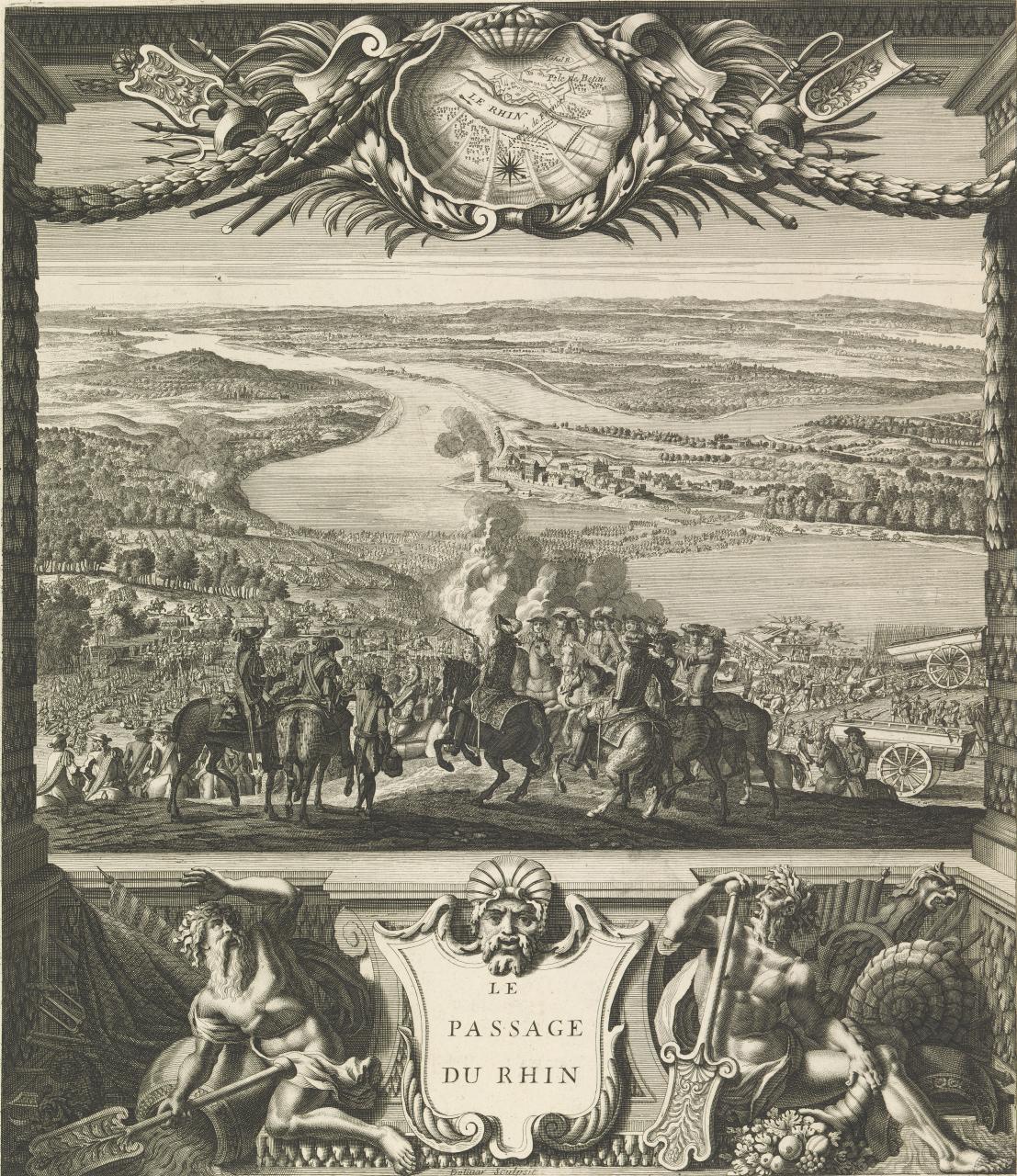 Reproductive prints were a major emphasis in the pre-Felton collection, reflecting the proliferation and relatively low cost of engraving, wood engraving, lithography etc. during the era (alongside the early development of Photography).

Etching, according to its 19th-century champions, was an inherently more creative medium than other forms of printmaking. But this is a debatable claim. Not long after the invention of printing liberated humanity from the drudgery of repetitive manual copying, Albrecht Dürer demonstrated how brilliantly media like woodcut and engraving could be employed to creative effect. Several good examples were acquired for Melbourne in the pre-Felton period, including Dürer’s own three “master engravings,” and prints by Goltzius and others (see full list below).

Nevertheless, the reproduction of other works of art, and images of notable personages of the day, dominated print acquisitions in the pre-Felton era.  (NB for remarks on the separate issue of autotypes and other reproductions not catalogued here, see Reproductions, casts and copies). There was also inevitable overlap with the Public Library collections, which included major illustrated publications such as Haghe after Roberts The Holy Land… (1842-49) {by 1860} SLV [PR].

Acquisition of prints proceeded steadily throughout the period, augmented by several significant gifts. For instance in 1868, several examples were donated by John Pascoe Fawkner and other notable prints were presented by the Belgian Government (see e.g. Cruikshank & Mottram The Worship of Bacchus 1864 {1868} NGV [PR]).

Particular emphasis should be given to the large group of engravings donated in 1879 by George Collins Levey (1835-1919), a noted Melbourne journalist who had a significant involvement in various major exhibitions, both in Australia and internationally, between 1870 and 1900. The great majority of the prints donated by Levey are from the Cabinet du Roi, a series of prints commissioned by Louis XIV from various engravers, beginning in the early 1670s, which included copies of many of the paintings then in the French royal collection, and visual documentation of the lavish festivals staged by the Sun King at Versailles during the 1660s and 1670s. Unfortunately, the full significance of this remarkable gift does not seem to have been apparent, at least to Melbourne’s gallery-going public, since only a few seem to have been exhibited. For a more detailed account, see Levey gift.

By 1894, many of the prints in the Melbourne collection were displayed in the Buvelot Gallery, hanging alongside drawings, watercolours, etchings, photographs, autotypes and other reproductions, in a typically late Victorian pot-pourri (see NGV 1894 catalogue, section V).

Pride of place was given to prints reproducing paintings by Old Masters (including many painters not represented in the NGV by original works, even now), among them Giotto, Leonardo, Michelangelo, Raphael, Correggio, Titian, the Carracci, Reni, Rubens, van Dyck, Valentin, Poussin, and many others. There were also prints after major 19th-century artists, including J.M.W.Turner (but not Constable), Landseer, Edwin Long and various others whose names are less familiar to us now but were hugely popular at the time (e.g. Siemiradzki). For details, see list below, and Artists A-Z. As with the collections of paintings and sculpture, there was a definite Victorian flavour, including sentimental examples like Lemon after Le Jeune Pity 1867 {1868} NGV [PR] and the prints after Rivière by Lewis and Stacpoole; and ruminations on the fate of early Christians: see e.g. * Bourne after Doré The Christian Martyrs 1875 {1876} Loc? [PR] and Tegazzo after Siemiradzki Les Torches vivantes de Neron 1878 {1879} NGV [PR].

The other main group of pre-Felton prints (again, often reproducing other works of art) comprised portraits of notables of the era. The 1894 NGV catalogue listed a large number of these. The sitters represented included many of the monarchs and aristocrats of 19th-century Europe, including various relatives of Queen Victoria. Visually speaking, there is an inevitable sameness to these portraits, but several merit special emphasis for the light they shed on the complex and often problematic character of dynastic politics in the era: see examples noted below. It should be observed that none of these prints apparently survives in the Melbourne collection, perhaps dispensed with later because of subsequent events, or simply because they were no longer relevant.

* Cousins after Winterhalter Napoleon III {by 1870} Loc? [PR] and * Franck after Devaux Princess Charlotte, impératrice de Méxique {by 1894} Loc? [PR]: Cousins’ engraving reproduced an oil portrait (presumed destroyed in the Tuileries fire in 1870) of Napoleon III, who presided over the French Second Empire from 1852-70. In 1864, following the French invasion of Mexico, Napoleon III installed Archduke Maximilian of Austria (the brother of Austrian Emperor Franz Joseph I) and his wife Charlotte (daughter of King Léopold I of Belgium and sister of his successor Léopold II: see entry below) as Emperor and Empress of Mexico. However, the French almost immediately withdrew from Mexico, abandoning Maximilian and his wife. Charlotte (or Carlota, as she was known in Mexico) returned to Europe to enlist support, but Maximilian was captured and shot in 1867 – an event which horrified Queen Victoria and others, and was commemorated in Manet’s famous painting (Mannheim, 1868-69). Franck’s engraving of Charlotte apparently dates from 1867 (after a painting produced at the time of her marriage to Maximilian in 1857). In poor health and allegedly insane, she lived on in Trieste for the next 60 years, styled “Her Imperial Majesty Empress Charlotte of Mexico…” (etc.), until her death in 1927. For further details, see individual entries.

* Feckert after Winterhalter Victoria Adelaide, Princess Royal… {by 1871?} Loc? [PR]; * Milster William I, King of Prussia {by 1871?} Loc? [PR]; and * Rohrbach after Hellwig Frederick William of Prussia {by 1871?} Loc? [PR]. These three prints were donated by the Prussian Government in 1871, the year of the formation of the second German Reich and the coronation of Wilhelm I (King of Prussia from 1861) as German Emperor at Versailles. For another portrait of Wilhelm or William I, donated to the Melbourne collection by the sitter in 1871, see Unknown (German 19C?) William I, Emperor of Germany {1870} SLV [PA].  On his death in March 1888, he was succeeded as Emperor by his son Frederick William (1831-88), also known as Fritz, who reigned for only 99 days before succumbing to cancer, in what subsequently became known as the year of the Three Emperors. Frederick William and his wife Victoria Adelaide, Queen Victoria’s first-born child (1840-1901; also known as Vicky), were both close to Queen Victoria, and both were opposed to the nationalist policies of Otto von Bismarck (1815-98), William I’s Prime Minister from 1862 and then Imperial Chancellor from 1871. Frederick William was succeeded in turn by his son Wilhelm II (1859-1941), Queen Victoria’s grandson, whose foreign policy was much more aggressive (and far less diplomatically subtle than the approach of Bismarck, who Wilhelm sacked in 1890), eventuating in World War I, and the abdication of “Kaiser Bill,” as he was dubbed during the war, in November 1918. Again, refer individual entries.

* Unknown after Ghémar Frères Léopold II & Marie-Henriette of Belgium {by 1894} Loc? [PR]. As explained in more depth in the linked entry, these prints depicted the Belgian monarch (ruled 1865-1909), notorious for his appallingly exploitative rule over the Belgian Congo – the inspiration for Joseph Conrad’s Heart of Darkness (1902) – and his unfortunate wife, a Hapsburg princess who lived essentially apart from Léopold during the second half of his long reign, and died in 1902. For Léopold II’s sister princess Charlotte, see above.

Australian prints also entered the pre-Felton collection on a regular basis, from the very early acquisition, Lowry after Liardet View of Melbourne 1845 {1859} SLV [PR], through to Nuttall [after] First Commonwealth Parliament of Australia 1902 {1903} SLV [PR], the latter promoted at the time with the slogan “No Australian Home will be complete without a Copy.”