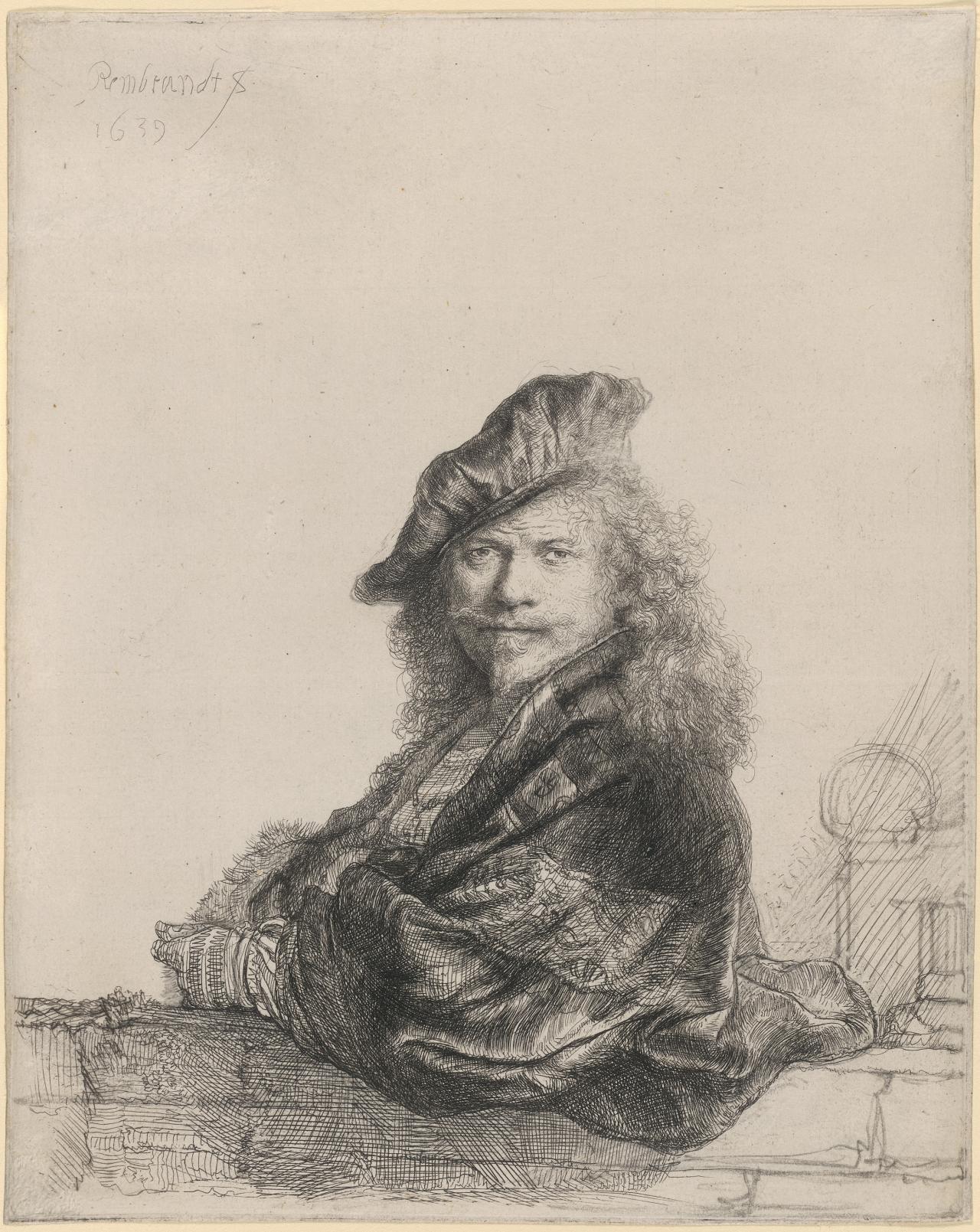 The pre-Felton Melbourne collection included a relatively small but select group of etchings, reflecting the “renaissance” of the medium amongst artists and audiences after about 1860, first in France, and then in England, the USA and elsewhere, including Australia.

First invented in Dürer’s time as an adjunct to engraving, etching was developed to a high artistic level during the 17th and 18th centuries by Rembrandt and Goya in particular. During the second half of the mid 19th century, it underwent a significant “boom.” The formation of the Société des Aquafortistes in Paris in 1862, and its English counterpart in 1880, helped to spread etching’s popularity.

Many of the 19th-century champions of the medium emphasized its capacity to reflect the artist’s touch; as English etcher Seymour Haden put it, in his 1879 study of Rembrandt’s prints, engraving “is, as to execution and expression, but speech at second hand, while etching is utterance â vive voix.”

This resurgence of artistic and popular interest in the medium coincided with the early development of the Melbourne collection, and was reflected by significant acquisitions of both international and local impressions, especially in the 1890s. No fewer than 64 prints, almost all of them etchings, were bought in 1891-2 on the recommendation of Herbert von Herkomer.

After 1892, Melbourne’s expanded collection of etchings was displayed in two main locations in the pre-Felton NGV: the Stawell Gallery and the adjoining Vestibule (refer NGV 1894 and NGV 1905 for details). The combination of popularity and prestige enjoyed by etching in the period was also reflected by Queen Victoria’s 1893 donation of 12 impressions of her own and Prince Albert’s amateur etchings made back in the early 1840s (a decade or so before the craze began to take hold in Europe). The royal prints were immediately given pride of place in the Vestibule, along with Herkomer’s recently acquired portrait of Queen Victoria and busts of various local worthies.

In ironic testimony to their early popularity, a number of the etchings acquired in the 1890s now show signs of degradation due to exposure to light and other factors. However, the Rembrandt impressions, bought from the 1891 sale of prints formerly owned by Seymour Haden, are still regarded highly, and the etchings bought in 1891-2 – by Rembrandt, van Dyck, Meryon, Whistler, and Haden himself – constituted a key component of the developing Melbourne collection as a whole, during the closing years of the 19th century.

As Irena Zdanowicz observed in 1993, the prints recommended by Herkomer in 1891-2 “for many years… remained the one clear reference point to the European old masters that was available in Australia.” Furthermore, the etchings by Whistler and Klinger, also bought on Herkomer’s advice at the time, added a more contemporary tone, one that also clearly appealed to local practitioners and devotees of the medium during Australia’s own etching revival in the 1920s and 30s (also discussed by Zdanowicz 1993). Almost all the prints listed below remain in the NGV, further evidence of the prestige they enjoyed in later 19th and earlier 20th century Australia.

A list of etchings acquired in the pre-Felton period is provided below. For details regarding the 5 prints whose location is noted as unknown, refer relevant entries, under Barry, Legros and Piranesi. For all the remaining etchings, consult the online catalogues of the NGV and SLV, where almost all the works are reproduced.