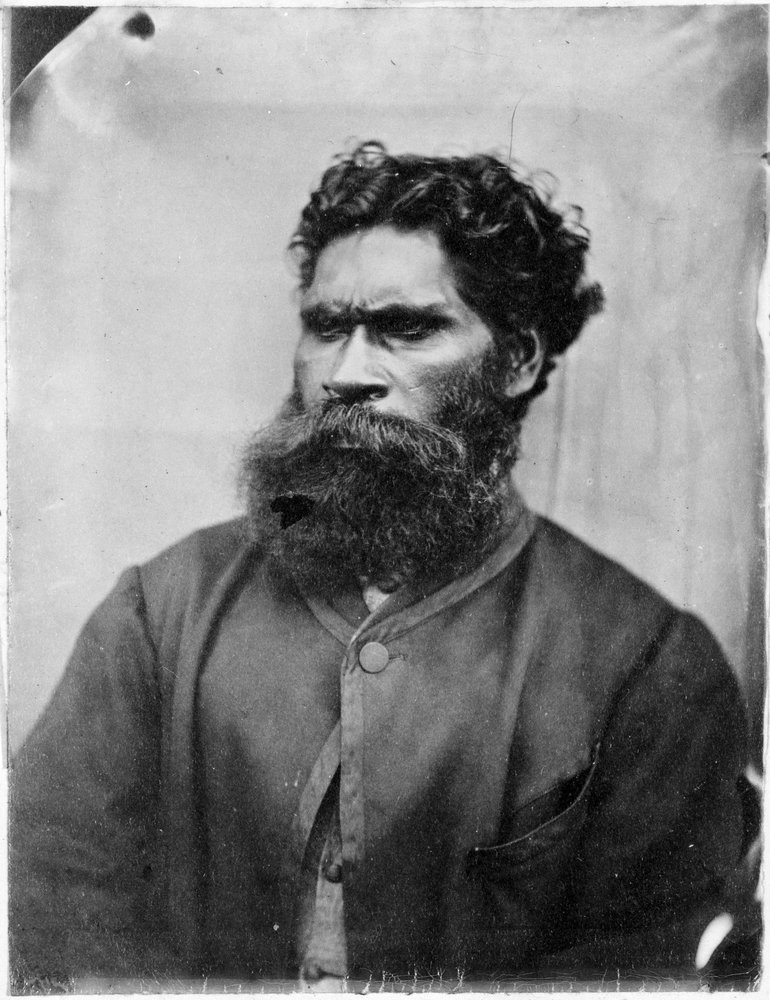 Carl Walter: William Barak, from Portraits of Coranderkk Aboriginals, presented by the Commissioners of the Melbourne Intercolonial Exhibition, 1866 (SLV H91.1/6)

Although the NGV’s Department of Photography was established only in 1967 (the first such department in a major Australian art museum), photography was already a significant area of collecting in the pre-Felton library/gallery, with various examples, including important albums, donated or acquired from the outset – little more than two decades after the invention of the medium in its modern form.

Christine Downer (in The First Collections, 1992, pp.73ff.) points out that Redmond Barry himself appreciated photography, and ordered a number of significant examples for the library’s initial collections of visual material: see below under Fenton and Macpherson in particular.

The NGV’s Annual Report for 1870 notes that over 700 photographs were already in the collection by that date. Further significant groups of early photographs by Bourne & Shepherd, Watkins, and others, all still preserved in the SLV, were added from 1871 onwards.

By 1904/5 the photography collection was obviously already substantial and significant, even leaving to one side the various photographic reproductions of other works of art accumulated during the period (for a summary of that material, not catalogued here, see Reproductions and copies).