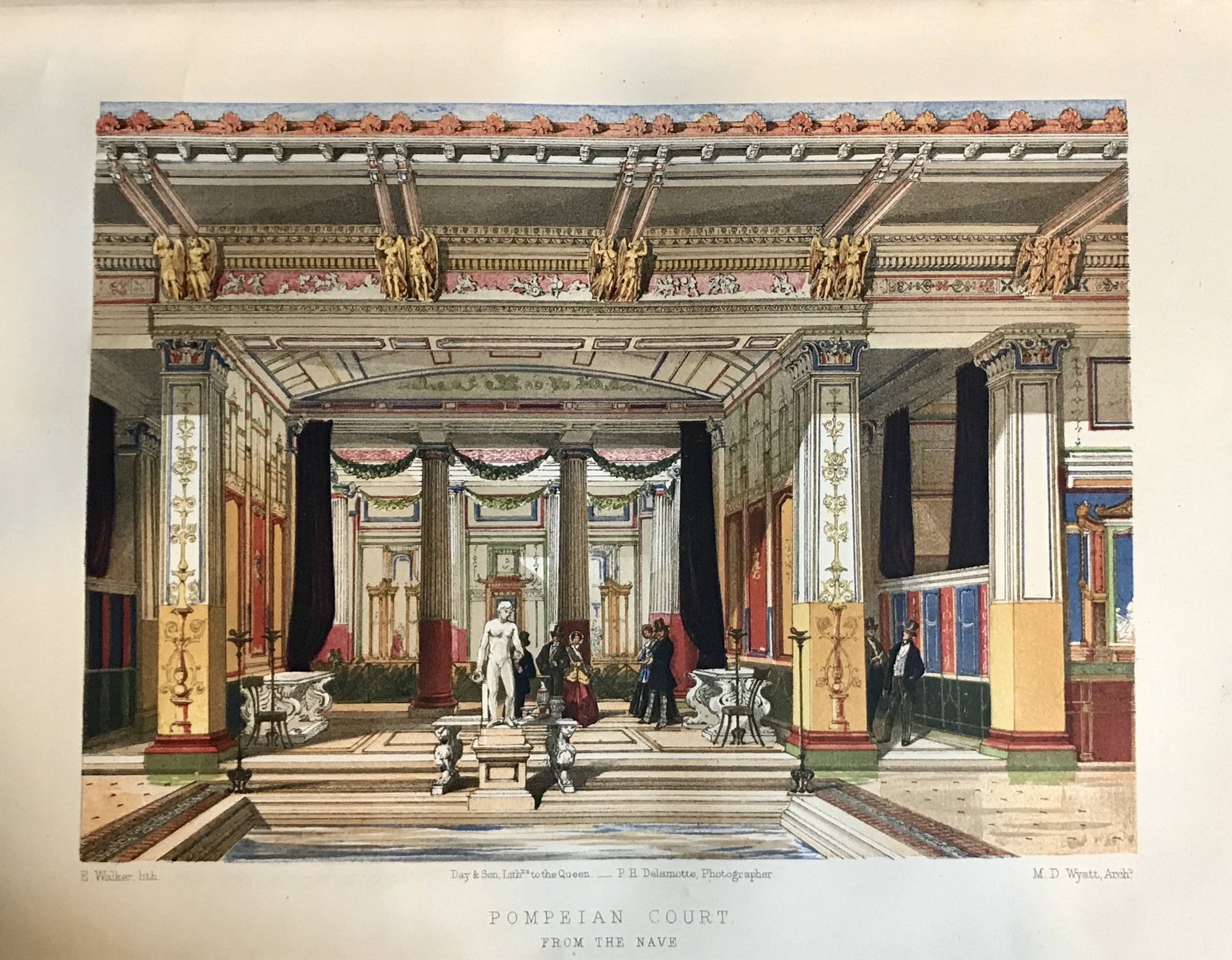 Redmond Barry’s enthusiastic engagement with the formation of the collection of books and periodicals in the Melbourne Public Library [MPL] is well documented, and the subject of a number of suitably laudatory interpretations. The scope of his initial recommendations is seriously impressive, covering not only predictable topics such as classical civilization, British history, literature, law etc., but also a variety of other areas of the arts and sciences, indicating a considerably more adventurous and wide-ranging world-view than one may have anticipated.

By 1870, the Library’s collection was estimated to number well over 50,000 volumes (see AR 1870-71, p.13). And even in its first decade of purchasing, the MPL’s program of acquisitions of books and periodicals was remarkable. This included a significant group of 17th to 19th-century illustrated volumes, the most notable of which are catalogued here, and a substantial number of other books on art, architecture, archaeology and travel, listed in Appendix: Other significant books acquired for the Melbourne Public Library to 1861.

Initial attention is given here to illustrated books acquired up to 1861 (as recorded in the detailed catalogues published in 1854, 1857 and 1861). The longer-term aim is to develop a comprehensive catalogue extending through to 1904, to reflect the full range of Melbourne’s acquisitions in this important field prior to the commencement of the Felton Bequest. In more recent times, it should be noted, a number of other illustrated books, including some of these titles, as well as others by William Blake and others, have been acquired for the NGV.

Amongst the notable early acquisitions of illustrated books for the MPL were several rare and important 17th and 18th-century volumes of engravings on architectural and archaeological topics, such as Campbell Vitruvius Britannicus 1715ff. {1860} SLV [IB], a spectacular 5-volume survey of English architectural developments from the late 16th to 18th centuries.

Engraving and etching continued to be used for the illustrations of a number of 19th-century volumes also listed here. Other significant acquisitions in this category were several books of engravings after John Flaxman’s line drawings after Homer, Dante and others, identified soon after their creation in the early 1790s as key innovations in the development of both graphic art and the relationship between art and poetry in the Romantic era. For further discussion, see individual entries and the linked entry on Flaxman.

Also noteworthy among the early acquisitions were several books produced by Gothic Revival architect and polemicist Augustus Welby Pugin and his father A.C.Pugin. A.W.Pugin illustrated his books with both line-engravings and chromo-lithography based on his own drawings.

Melbourne’s early purchases of illustrated books also included a number of key volumes documenting the developing tastes of the Victorian era, as exemplified by major exhibitions of the period, including the Great Exhibition (1851), the various displays of the rebuilt Crystal Palace at Sydenham (1854), and the Manchester Art Treasures exhibition (1857). In each case, the relatively recently perfected technique of chromo-lithography was used to provide vivid and often highly precise reproductions produced by Francis Bedford and other skilled printmakers of the period. Melbourne’s acquisitions included several volumes still regarded as benchmarks for the medium of chromo-lithography: see Pugin (A.W.) Ecclesiastical Ornament & Costume 1846 {1857} SLV [IB] and Jones (O.) The Grammar of Ornament 1856 {1857} SLV [IB].

Colour lithography was also fundamental to other important illustrated volumes listed here. Notable in this respect were several 1840s books of illustrations of classical Indian architecture by James Fergusson; and the spectacular 7 large-format volumes of Gould Birds of Australia 1848 {1856} SLV [IB], whose purchase was negotiated with the artist directly by Barry himself in 1856 (after having identified Gould’s books in his first list of desiderata as early as 1853: see Overell 1997).

The great majority of the volumes listed below still remain in the collection of the SLV, testifying to an extraordinary first phase of purchasing of key illustrated books, in the years preceding the first acquisitions of other original artworks for the Melbourne collection.

NB The original MPL seal, as reproduced here from the cover of one of these early volumes, showed a group of books on a shelf, and the Latin motto Delectant domi non impediunt foris peregrinantur (“a delight at home, and no hindrance abroad”), a phrase from Cicero. This seal and motto were used from 1854 until a different motto was chosen in 1870 to reflect the expanded scope of the institution, now including the Museums and NGV.

[photo: MPL stamp from the cover of an early acquisition]

For Redmond Barry’s early recommendations and purchases of books, see in particular David McVilly, “The acquisitions policy of the State Library of Victoria, 1853-1880,” La Trobe Journal no.7 (April 1971), pp.57ff. (available online); and Overell (1997).

For information on the original motto, and the revised 1870 seal (with a quote from Virgil), see https://guides.slv.vic.gov.au/slvhistory/motto (accessed 3 Feb.2021), based on the extended discussion by Brian Hubber, “Leading by example: Barry in the Library,” La Trobe Journal no.73 (Autumn 2004), pp.67-74