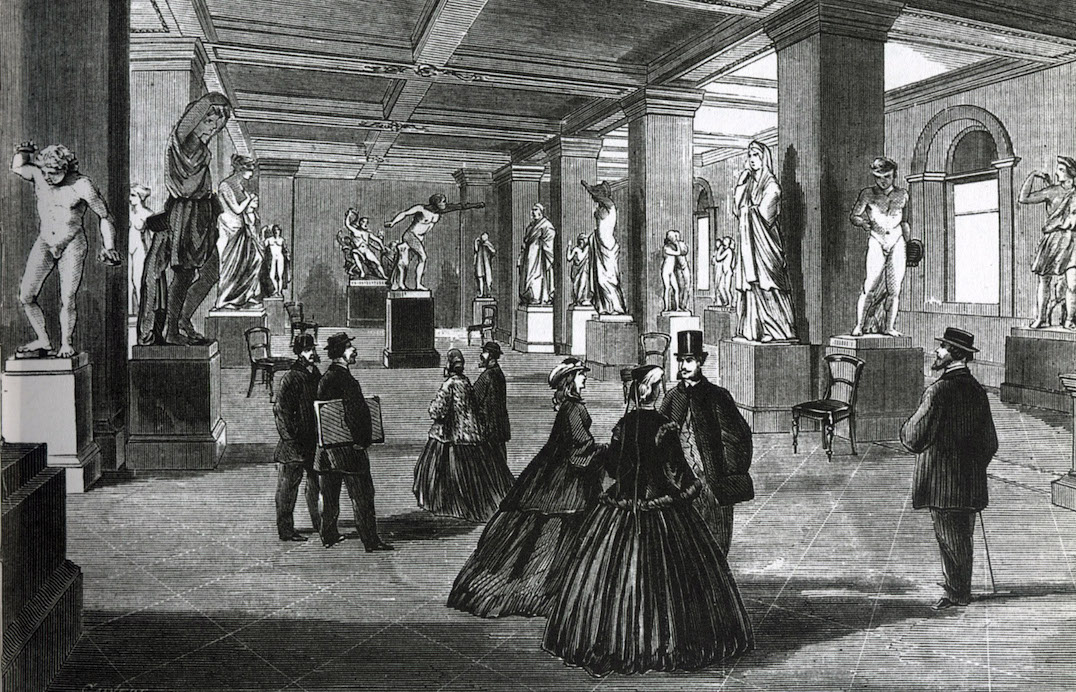 The hyperbole with which prominent local critic James Smith described the Melbourne Public Library’s new Sculpture Gallery when it opened in 1865 reveals both the classicizing aspirations underlying the new collection, and their obvious limitations:

“Enough that we can contemplate the creation of Phideas as fresh and as real as if actually chiselled in the marble by his own hand. We may indeed be well satisfied with the beginning we have made of such excellent and beautiful casts… these including the Parthenon slabs from the Elgin collection in the British Museum amount to close on 100 works.”

The acquisition of plaster casts of Greco-Roman statuary (which continued throughout the pre-Felton period, along with casts of busts of famous men, and various Renaissance and other statues) obviously provides important evidence of the taste and ideas underpinning the early development of the Melbourne Public Library and its art collections (see now Plaster Casts). Redmond Barry’s detailed notes on the statues and their subjects were incorporated in various NGV catalogues through to 1894, revealing the continuing fascination of many in the period with the history and culture of antiquity.

There was also abundant evidence elsewhere in the early collection of the high value placed on antique sculpture, through reduced-scale marble and bronze replicas (see e.g. * Unknown (Italian 19C?) Venus de’Medici {1878} Loc? [SC]), photographs and prints (see e.g. Girard after Reverdin Laocoon {by 1868} NGV [PR]), and classicizing statues from the period itself by Benzoni, Canova (or an imitator), Marshall Wood and others.

For all this enterprise, however, no original antique statues, and few significant ancient works in other media, entered the collection during the pre-Felton era. Wise after the event, one might even go so far as to opine that all the money and energy expended on plaster casts and other classical copies for Melbourne prior to 1905 would have been spent much more wisely on a handful of significant original antique sculptures.

Admittedly, a substantial group of characteristic albeit small-scale Egyptian objects was assembled by 1904/5 (many of them donated in 1899: see detailed comments below). And some significant acquisitions of Etruscan and Greek pottery also occurred in the 1890s, providing a foundation for judicious subsequent purchases during the Felton era (especially of South Italian pottery, recommended by Professor Dale Trendall in the 1950s-60s).

[NB It should be emphasised that this summary of ancient material in the pre-Felton collection is preliminary and incomplete, pending more detailed examination of the records. Works marked # are reproduced in the NGV’s online catalogue.] 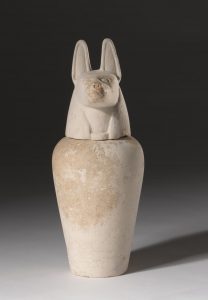 Ancient Egyptian art was represented in Melbourne’s pre-Felton collection by an extensive group of small-scale works: scarabs, fragments and components of tomb decoration, including several small “Ushabti” figures (statuettes of helpers), pottery and other domestic items. Many remain in the NGV, although some (including several mummies) no longer appear to be extant.

Most of the material was acquired by donation, notably a collection of over 300 objects donated in 1899 by the Egypt Exploration Fund (EEF), headed by English archaeologist Sir William Matthew Flinders Petrie (1853-1942), the grandson of the explorer Matthew Flinders. These comprised finds from his excavations at Diospolis Parva (on the Upper Nile, now called Hu or Huw; Diospolis Parva is the Ptolemaic name): see references below.

Nevertheless, various original objects, mostly pottery,
were donated and acquired during the period, as witnessed by the following selection:

For a good overview of Melbourne’s antique collections, see Dunsmore & others, Ancient Civilizations (2004)