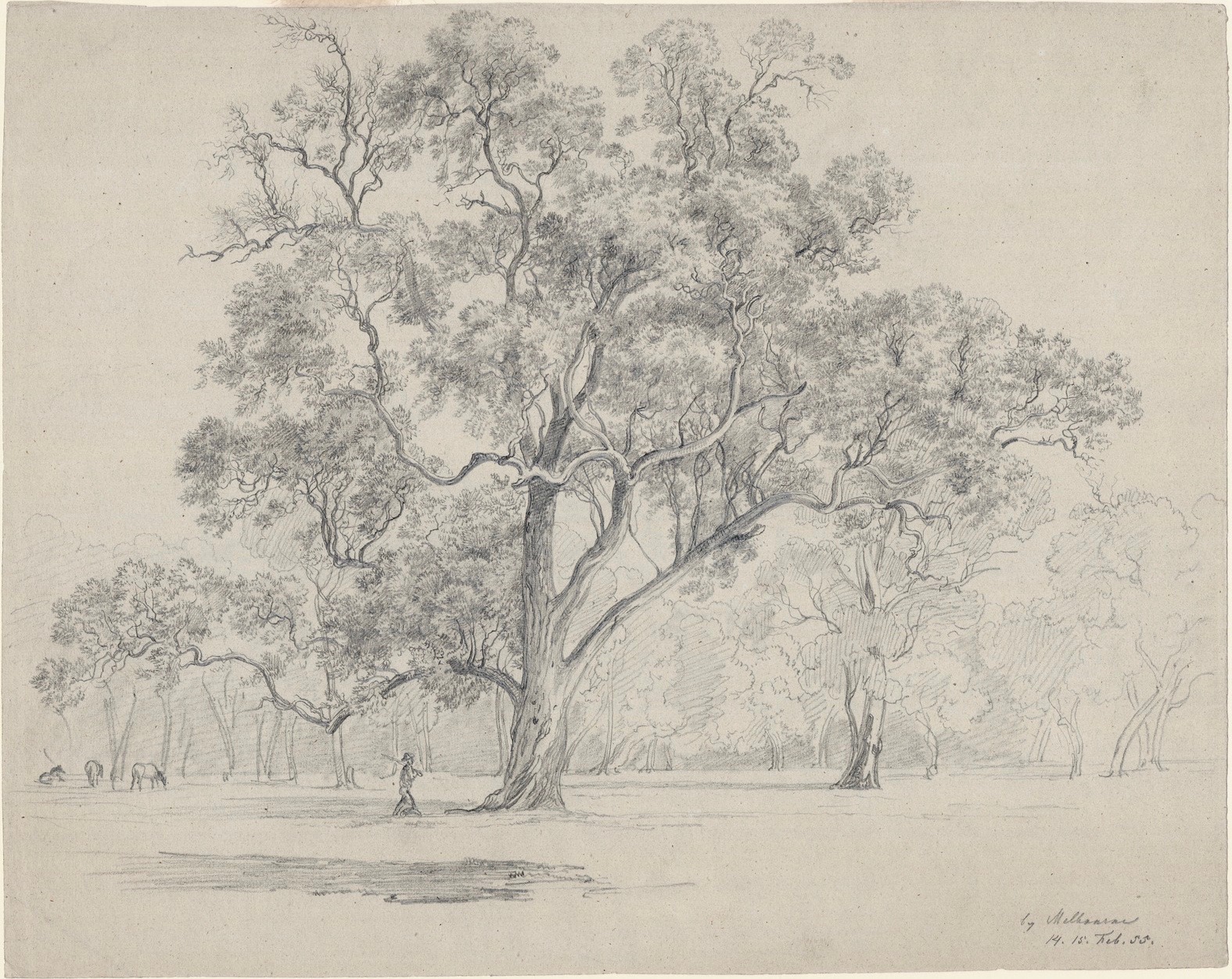 Melbourne’s pre-Felton collection included a modest group of European and Australian drawings, most of them displayed in the Stawell and Buvelot Galleries. There is some inevitable overlap with watercolours.

The oldest drawings in the collection were a group donated by E.L. Montefiore in 1869 (none of them, unfortunately, apparently still in the collection): see e.g. * Varotari (‘Padovanino’) Study of a Stooping Boy {1869} Loc? [DR]. However, the NGV’s pre-Felton visitors had to be content in the main with facsimiles of Old Master drawings (see now Reproductions, casts and copies), and it would be some years before good genuine examples began to enter the collection with any consistency (for a useful overview, see Sonia Dean, Master Drawings from the collection of the National Gallery of Victoria, NGV, 1986, pp.7-9). Some other works listed in early NGV records as drawings were also autotype or chromo-lithographic facsimiles (again, refer discussion of Reproductions cited above).

Several significant sketches now known to be by William Hodges, from James Cook’s second voyage of 1772-75 (but thought at the time to be the work of John Webber), were donated by Melbourne Lord Mayor C.J.Ham in 1882. The collection also included various sketches of early Melbourne and Victoria, among them examples by George O’Brien donated by John Pascoe Fawkner in 1868, and Guérard 95 sketches of Melbourne, Ballarat etc. 1852-55 {1903} SLV [DR], a remarkable group including a number of drawings recently identified as from the artist’s earliest Australian sketchbooks.

The collection was also augmented after 1880 by several groups of contemporary sketches and illustrations, mostly British, notably: