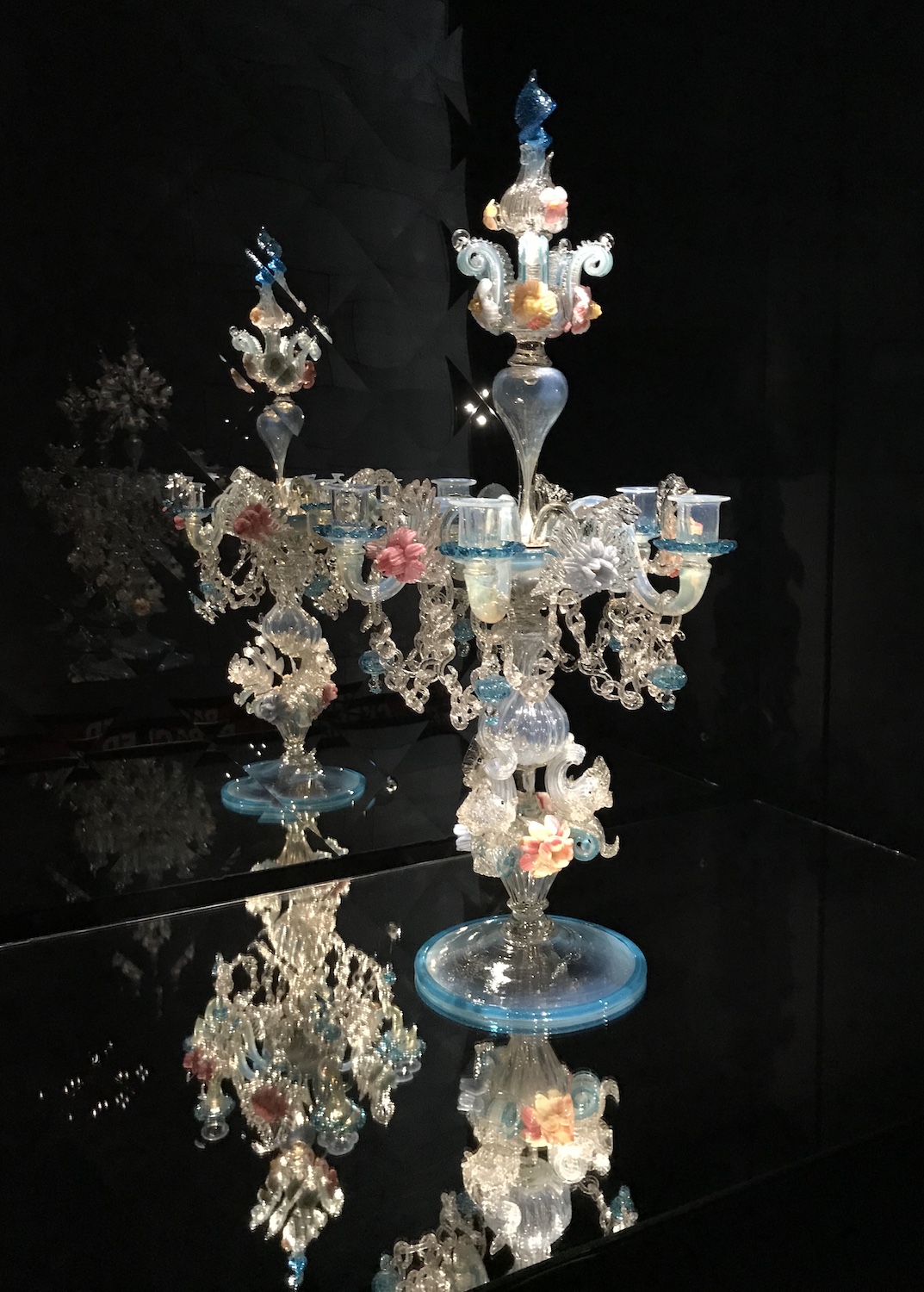 NB It should be emphasized that this is a preliminary account of Melbourne’s pre-Felton holdings of Decorative Arts material, pending more systematic analysis in the future (by the present author and/or others).

Before 1905, glass, ceramics, metalwork etc. did not appear in the catalogues of the NGV, mainly because, until 1958, almost all this material was housed in the Industrial and Technological Museum or the Museum of Art (separate units within the Public Library). However, a number of pieces noted below were listed in the acquisition registers and annual reports of the NGV, reflecting ambivalence and/or indecision about the status and categorization of much of this material, a situation that continued well into the 20th century.

Nevertheless, given changing museological attitudes, and the subsequent evolution of the NGV into a more varied collection, with a strong decorative arts component, these works are logically included in the present survey of the “before Felton” collection.

Terence Lane, formerly Curator of Decorative Arts at the NGV, notes that a substantial amount of glass and ceramics was bought for the Melbourne collection during the later 19th century, much of it contemporary work, purchased directly from the manufacturers (see Lane as noted under References, below). The first Annual Reports of the NGV (1870-80) contain no mention of decorative arts, but this changes in 1881, with detailed information on purchases and donations from the 1880-81 Melbourne International Exhibition. Significant purchases were also made at the 1888 Centennial exhibition in Melbourne.

Lane also observes that Melbourne’s early holdings of decorative arts were significantly depleted by a 1943 auction (paralleling the cull of 19th-century sculpture made at the same time: see Introduction). Nevertheless, surprisingly extensive groups of objects bought before 1905 still remain in the collection, showing just how large it was originally. Lane also notes that, “purchases in the latter part of the 19th century included large amounts of reproductive material” (ABV 1980; see also further comments on ceramics and metalwork, below).

Pre-Felton decorative arts acquisitions may be grouped helpfully under the following broad headings.

The majority of pre-Felton decorative arts acquisitions were made in this area, including some good early European examples by Meissen and others. English ceramics and pottery were collected in considerable numbers, notably groups of Derby and Wedgwood, and a large collection of Minton pieces (of variable quality, however, with a number of reproductions). Good “art pottery” pieces by Doulton, acquired in the 1870s and early 1880s, were joined later by the William De Morgan tiles and earthenware acquired in 1885, part of a group of British “Paintings on China” selected by Sir Frederick Leighton for the Melbourne collection. Unfortunately, substantial quantities of good pre-Felton ceramics acquisitions appear to have been auctioned off in the large-scale cull carried out during the 1940s and 50s.

Various reproductions were also purchased at various times during the pre-Felton period, especially during the 1890s. See e.g. AR 1897, p.29, listing over 30 reproductions of 15th– to 17th-century Italian majolica, none of which appears to have been retained in the collection.

The purchase of a large group of Venetian pieces in 1871 laid a strong foundation for Melbourne’s glass collection, as demonstrated recently by the 2019 NGV exhibition “Liquid Light,” which showcased a significant number of these early acquisitions, and others added in 1874, 1876, 1881 and 1885. The large group purchased directly from the Venice and Murano Glass and Mosaic Company exhibit at the Melbourne International Exhibition in 1881 is a strong representative collection of later 19th century Venetian “revivalist” glassware.

Other significant pre-Felton acquisitions included several pieces by Thomas Webb & Sons (purchased from or donated by the producers in 1881), French glass by Brocard and others in 1886, and three pieces of Tiffany glass in 1897 (no longer in the collection).

Apart from the acquisition of various weapons and sets of armour (not listed here), collecting in this area was piecemeal and sporadic, reflecting uncertainty about how to categorize decorative arts material during the pre-Felton period (see introductory comments above).

The other problem that bedevilled Melbourne’s early collecting in this particular area was the taste for reproductions, especially after 1880. In the 1881 Annual Report, for example, the list of purchases from the Melbourne International Exhibition includes, under Metal Work, reproductions of the “Tresor de Hildesheim” and “Tresor de Bernay” (famous medieval collections), as well as reproductions of Cellini and various antique originals. Similar entries recur in subsequent reports on acquisitions and stock-book entries. The 1895 Annual Report includes a long list of plaster reproductions of works in silver, bronze and other metals, from originals in the V&A, Vienna, etc. (Much of this material was later de-accessioned.).

Melbourne’s systematic collecting of original material in this field did not occur until after the John H.Connell Gift (1914).

Melbourne’s collecting in this area was sketchy in the pre-Felton period, and in fact for many years after that. Costume and textiles were identified by the NGV as a separate area for collecting only in 1981, despite some significant acquisitions in the preceding decades, and the present Department of Fashion and Textiles was only established in 1995 (for a brief overview of the development of the present collection, see Gerard Vaughan’s Foreword to Robyn Healy & others, Fashion and Textiles in the International Collections of the National Gallery of Victoria, NGV, 2003). 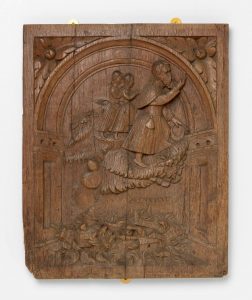 The NGV’s Annual Report for 1895, under purchases of “Carvings,” lists a considerable number of French and English wooden panels and ornaments, mostly 16th and 17th-century in date; some are noted as plaster reproductions, and others as copies. Almost 200 individual items are listed in the NGV’s unpublished list of pre-Felton acquisitions (under 1895), and many of them still appear to be in the collection, identified in the gallery’s online catalogue as frame mouldings, brackets, finials, panels etc., and dated variously from the 16th to 18th centuries. Further investigation of this group of works is obviously needed. A few figurated pieces are included, e.g. the oak panel reproduced here, showing Lot and his daughters.

Several pieces of furniture are also listed under purchases in AR 1895, including a 16th-century French chest still in the NGV (see list below). Further research may identify similar examples acquired during the pre-Felton period.

Examples of pre-Felton acquisitions in these areas are listed below: