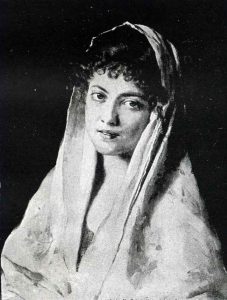 An academic classicist, Blaas became Professor at the Academy in Venice (where he was known as Eugenio). He was well known for his society portraits and genre paintings featuring young women.