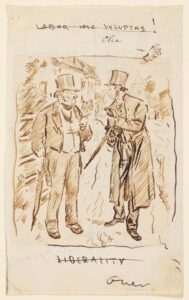 This sketch was “selected by the Director from the Anglo-American Exhibition in 1892” (NGV 1905, also noting that it was published in Punch).