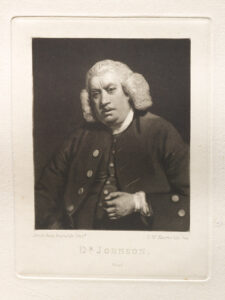 A second series of a further three volumes appeared later (c.1845), with engravings by various printmakers; it appears that these additional volumes were not acquired for Melbourne.

[photo: Dr Johnson (from another copy)]