This print, listed in the NGV’s unpublished list of acquisitions, under 1868, showed one of several structures erected in the Canadian province of New Brunswick during the second half of the 19th century, in emulation of London’s Crystal Palace. 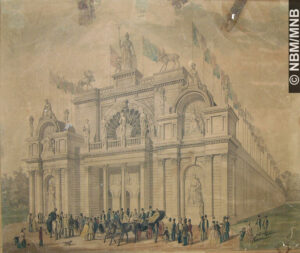