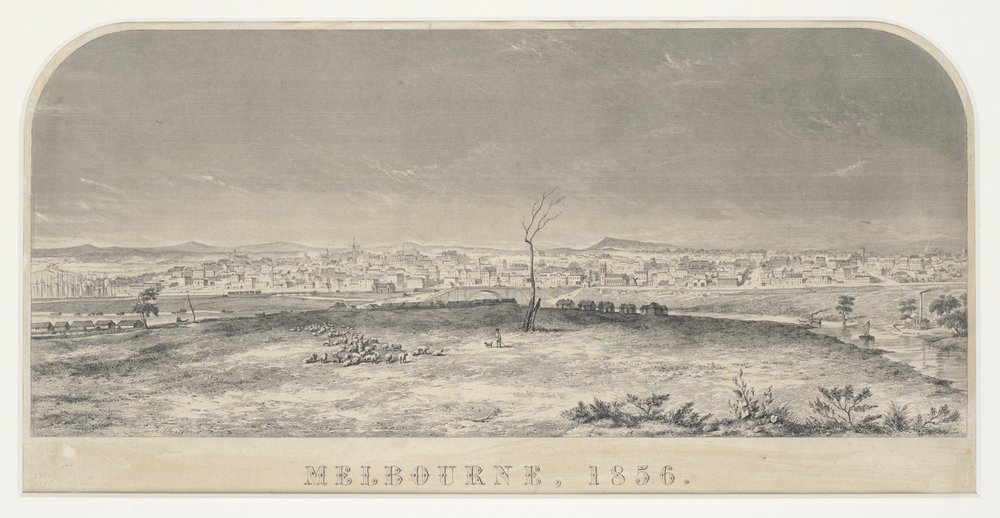 Described in NGV 1905 as a representation of Melbourne from the Domain, this early view shows the city in the distance, beyond the Yarra, spanned by the first Princes Bridge (erected in 1850). A flock of sheep grazes in the foreground, near one of Strafford’s characteristically spindly trees.

The contrast between this rustic image and the sense of teeming urban life in De Gruchy & Leigh Panoramic View of Melbourne, Victoria 1863 {by 1894} SLV [PR], is remarkable, given that only 7 years separated the two views.

See linked entries on De Gruchy and Strafford for further details on the artists involved.