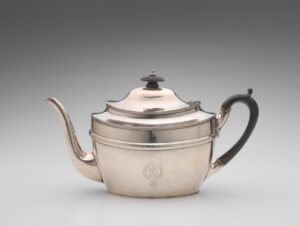 As mentioned under Introductory Remarks, this catalogue aims to provide as complete as possible an account of the NGV collection as it had evolved by 1904.

In the spirit of full disclosure, though, a few exceptions to this rule are noted below.

Not everything catalogued here is given equally detailed treatment. For instance, entries covering multiple holdings (especially of prints and photographs, and also some paintings and watercolours) are not comprehensive; the reader is referred to the relevant NGV and SLV catalogues for further information and reproductions.

At present (2020), the pre-Felton holdings of Ancient art, Asian art, and Decorative Arts have received only summary treatment, not because of any misgivings about the quality and value of the material involved, but through lack of time, and also a nagging sense that others more expert in these specialist fields should give them comprehensive attention (though for Decorative Arts, an attempt has been made to identify key examples and to provide some rudimentary catalogue information).

Other components of the pre-Felton collection, though, have deliberately been given more cursory attention. An obvious example is the series of Oval Portraits of colonial governors, dating mostly from the 1860s-70s, listed in the order in which they were catalogued in NGV 1905. This sequence of over 50 portraits, many of them still extant in the SLV, obviously has some historical value and interest. But despite their elaborate gilt frames, they were almost all simply “coloured photographic portraits,” as the NGV’s Annual Reports frankly acknowledged. Indeed, a number of them were poorly executed by artists clearly more expert as photographers than painters.

The pre-Felton collection also included a considerable number of replicas, reproductions, plaster casts, etc., mostly excluded from the present catalogue, despite their interest as documents of the taste of the time. For more extended discussion, and an explanation for the decision not to catalogue most of this material in depth, see Reproductions, casts and copies.

The NGV’s Annual Reports issued from 1870 onwards list a potpourri of objects of various types, sometimes intriguing and/or hilarious in their detailed descriptions, e.g.:

These and many other such objects, as well as coins and medals, armour etc., appear throughout the early acquisition records, often, it seems, considered at the time as Gallery material, although in many cases (where they are extant) perhaps equally or more logically held in the collections of Museums Victoria.

Changing museological priorities and ideas about categorization, conservation and display were already apparent in relation to many of these objects in 19th century Melbourne, and those processes have simply accelerated since. As things stand now, with the original holdings of the Melbourne Public Library, Gallery and Museum physically dispersed among multiple sites, and subject to diverse administrative regimes, it seems impossible and almost certainly wrong-headed to try to make definitive decisions about how to classify all the material involved, and, more particularly, how much of this material to include in the present catalogue. 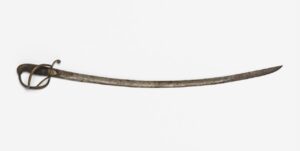 Nevertheless, with some misgivings (and with a few inevitable exceptions), the decision has been made not to catalogue the following groups of objects, most of which seem to relate more appropriately to the collections of Museums Victoria (even though some are still held in the NGV):

This material, also acquired in considerable quantities between 1855 and 1905, was housed appropriately in Melbourne’s National Museum, located first at the University of Melbourne, and then from 1899 in the Library complex, under the direction of Walter Baldwin Spencer (1860-1929).

Australian Aboriginal artefacts naturally formed part of these early collections. Oddly, though, the two small paintings by William Barak, and Florence Fuller’s portrait of him, acquired in 1895 and 1901, were also evidently regarded as ethnographic material at the time, and not included in the 1905 NGV catalogue.

Meanwhile, Baldwin Spencer – a remarkable figure equally at home with art and science, Foundation Professor of Biology at the University of Melbourne (1887), an MPL Trustee since 1895, and an expert ethnologist, was beginning to assemble a significant group of Aboriginal bark paintings and other decorated objects for the Museum (where they remain).

Only many years later was Aboriginal art collected seriously for the NGV itself, with the first curator of Indigenous Art only appointed in 1981 (see Judith Ryan, Indigenous Australian art in the National Gallery of Victoria, NGV, 2002).