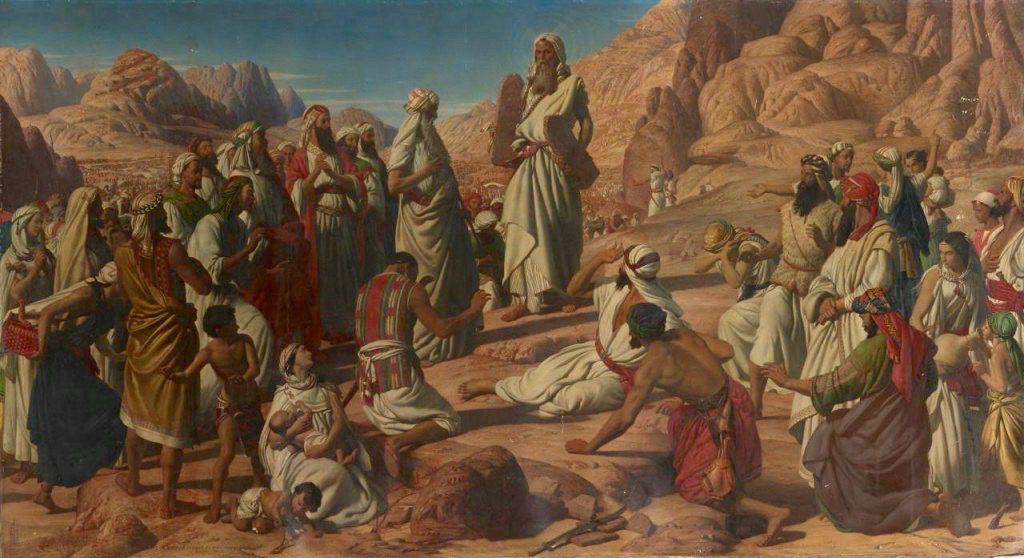 This huge canvas (over 20 feet wide) is a replica of a mural painted by Herbert in the Houses of Parliament, London, 1858-64.  T.S.R.Boase, in his account of the decoration of the new Houses of Parliament following the fire of 1834, assesses Herbert’s mural (begun in fresco but later completed in a technique known as “water glass,” to counteract the problem of damp) as a “competent but uninspired” work.

Herbert was paid the hefty sum of £1,700 for the commissioned canvas,  begun in about 1872 and dated 1877. The purchase was criticized as inappropriate by Victorian Agent-General Archibald Michie , in a letter to Redmond Barry (Nov.1873). Michie complained about the cost, questioned Herbert’s artistic ability, and impugned his religious affiliations (he was a Catholic convert). Nevertheless, when the painting arrived in Melbourne, a special booklet was published, expounding its subject and origins, and it was hung prominently in the new picture gallery, opposite * Layraud Italian Brigands 1870 {1873} Loc? [PA], an equally large canvas bought on Herbert’s own advice 5 years earlier.

By 1940, both paintings had been consigned to the Newspapers Room of the Public Library, an ordeal from which Layraud’s picture does not appear to have recovered. Herbert’s canvas, however, remained in the collection; and, in a recent NGV initiative (2015), both the painting and its original frame were restored, after being in storage for some 70 years.