According to historian A.J.P.Taylor, Peel “created the modern Conservative Party on the ruins of the old Toryism.” While Home Secretary (1829), he established the modern police force at Scotland Yard – hence, supposedly, the term “bobbies” (known as “peelers,” in Ireland). A bust of Peel was listed among the plaster casts in the NGV’s 1894  catalogue. 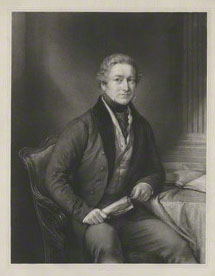