* Rohrbach after Hellwig Frederick William of Prussia {by 1871?} Loc? [PR]

This print, identified as above in the NGV’s 1894 catalogue, cannot be identified with certainty.

It appears to have been presented at the same time as a lithograph of Frederick’s wife Victoria: see * Feckert after Winterhalter Victoria Adelaide, Princess Royal… {by 1871?} Loc? [PR]; and possibly also with * Milster William I, King of Prussia {by 1894} Loc? [PR] (showing Frederick William’s father). All 3 prints are listed in NGV 1894 as presented by the Prussian Government, presumably sometime between the marriage of Frederick and Princess Victoria in 1858, and the coronation of William I as German Emperor (1871).

Frederick (1831-88), also known as Fritz, reigned as Emperor for only 99 days before his death from cancer in 1888 (known as the year of the Three Emperors; he was succeeded by Wilhelm II). Although a military man, he was a liberal opposed to the aggressive policies of Bismarck, and, through his like-minded wife, close to Queen Victoria. 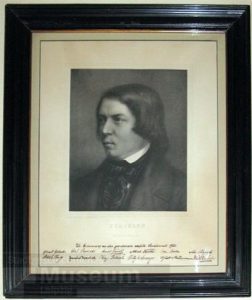 Rohrbach is also known for other lithographed portraits: see photo.

For Frederick, see https://en.wikipedia.org/wiki/Frederick_III,_German_Emperor and http://www.unofficialroyalty.com/2015/02/ (detailed and informative entries)