Duffy (1816-1903), a prominent Irish nationalist, migrated to Australia at the age of 40, and threw himself into Victorian legal and political life. He became premier in 1871-2, and then speaker of the Legislative Assembly, before retiring to the south of France in 1880. 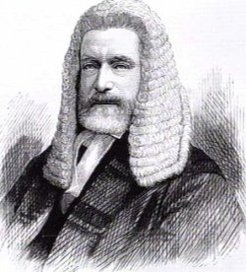 Extant images of him, including an engraving dating from 1877, reproduced here, show a lively, full-bearded figure. But unfortunately Summers’ bust, which Duffy mentions specifically in his 1898 autobiography, My Life in Two Hemispheres, appears to have disappeared.