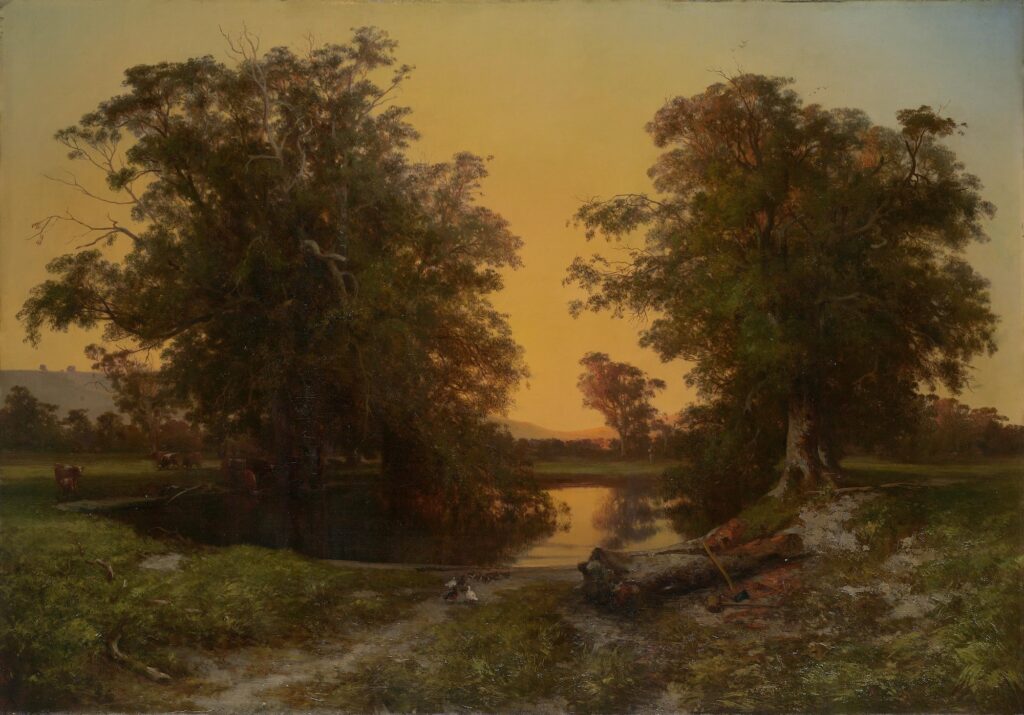 “What excited his contemporaries about Buvelot’s paintings was his ability to find poetry in the prosaic, transforming the ordinary and accessible, rather than searching out new romantic subjects in the most remote parts of Victoria as Eugene von Guérard and Nicholas Chevalier had done” (Tim Bonyhady).

Works like this, included in the 1869 loan exhibition at the Public Library, certainly proposed a powerful local alternative to hallowed conventions, although novelist Marcus Clarke, writing on the NGV collection in 1874, saw the ancient trees viewed at dusk as prompting “sad reflection [on] the vanished past.” There are also definite echoes here of the 17th-century Dutch landscape style of Hobbema and Jacob van Ruisdael. Remarkably enough, then, Buvelot here forged a powerful amalgam of European realist and Romantic traditions with a new understanding of the distinctive characteristics of the Australian bush.

This painting may also be contrasted with Cole (G.) Hay Waggon 1870 {1870} NGV [PA], a contemporary English landscape also purchased for Melbourne in 1870. Whereas Buvelot discovers in the late afternoon light a deep serenity, Cole’s view of rural toil is not even melancholy, but simply depressing.