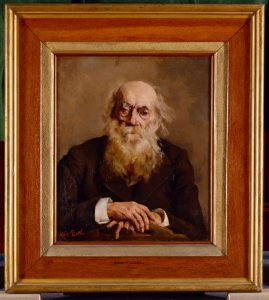 Works by or after Russell included in this catalogue:

Russell, appointed the first surveyor of Port Phillip in 1836, was dismissed for alleged incompetence and replaced in 1837 by Hoddle. He later worked as an independent architect, and was responsible for the design of St James’ Old Cathedral (built 1839-42).

An associate of Conrad Martens, Russell was also a competent artist. The SLV holds a number of his watercolours and drawings, many of them showing views of and from his cottage on the rocky falls on the river Yarra (later removed when Queen’s Bridge was built over the Yarra in the early 1880s).

Other drawings and watercolours by Russell are also held in the NGV (works acquired after 1905), the Dixson Library in Sydney, and the National Library, Canberra.